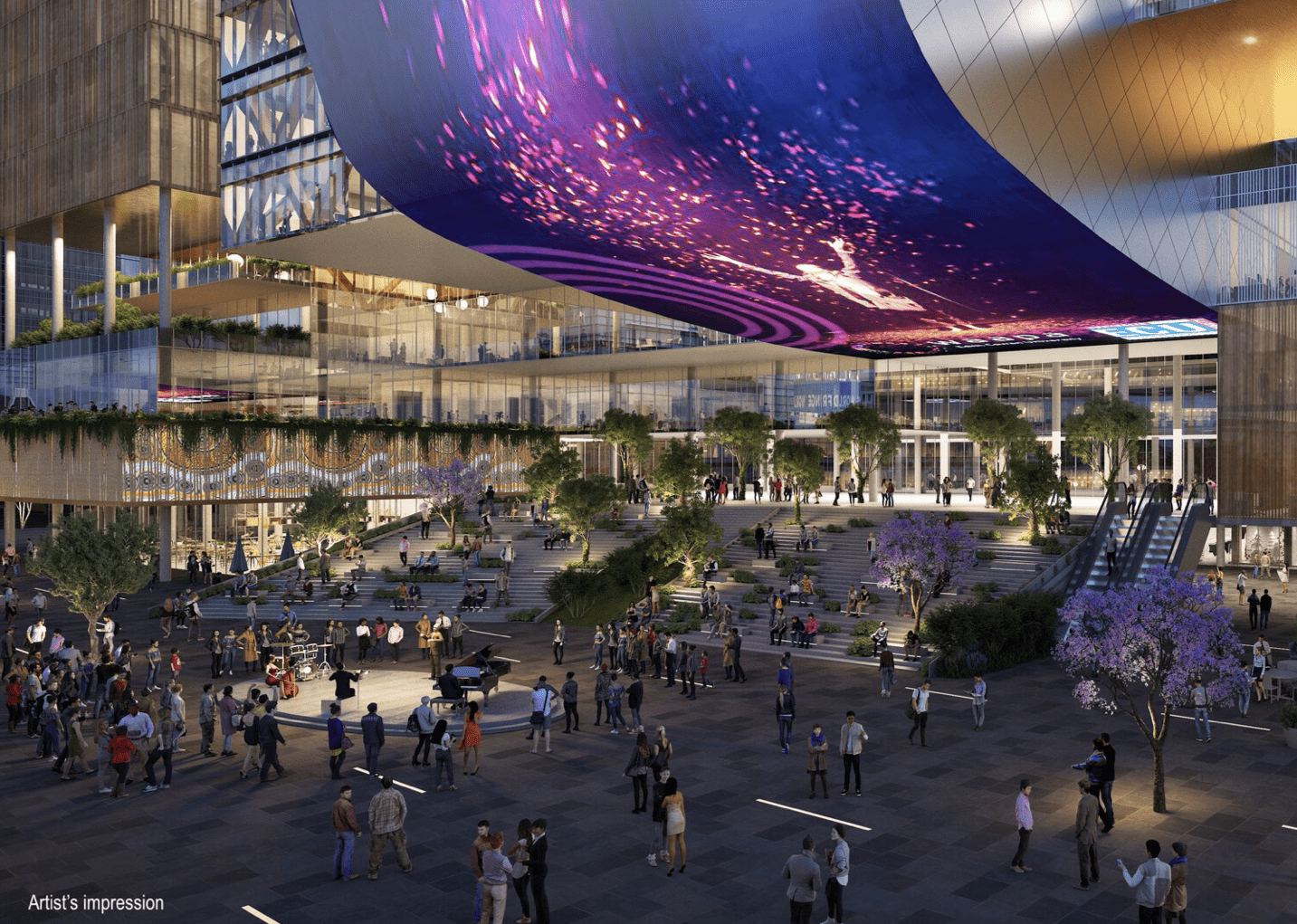 Edith Cowan University (ECU) has unveiled designs for their new ECU City campus, located in Perth’s CBD, just minutes from our Perth Hub Apartments. The new city campus will replace ECU’s Mt Lawley campus and promises to be unprecedented in scale and quality of its facilities.

Speaking to The Sunday Times Magazine, Vice-Chancellor of ECU, Professor Steven Chapman, said that ECU City would feature cutting-edge technology and bold design, unlike any other Australian campus. Initial impressions of the 60,000sqm campus show 11 levels of state-of-the-art facilities and a digital media façade wrapping around the building from Yagan Square. Also pictured is a foyer off Yagan Square providing public access to the university.

ECU City will house the world-famous Western Australian Academy of Performing Arts, WA Screen Academy, five venues for music, dance and theatre performances, a playhouse theatre, and a Centre for Indigenous Australian Education and Research. Facilities for business, law, technology and cyber securities studies will also be part of the significant development.

The new campus is the crowning jewel of the $1.5 billion Perth City Deal project that will bring government and private investment to Perth’s CBD,  and will be funded by the Commonwealth, WA Government and ECU. The sprawling campus will be built above the Wellington Street bus port, stretching from Yagan Square to Queen Street, and will be within walking distance from our Perth Hub apartments.

Perth Hub investors and owners can anticipate that interest in the neighbourhood will be given a boost as ECU City is expected to attract 9,000 students and staff by 2025 and up to 10,000 students and 1,500 staff by 2030. Employment opportunities in the area will also increase, with construction on the campus creating 1,400 direct and 1,700 indirect jobs.

ECU City’s Forecasted economic benefit to the CBD is $1.5 billion during the construction phase and $7.5 billion in the longer term. State and national governments are already betting on the long-term economic benefits of ECU City to revitalise Perth’s CBD. Premier Mark McGowan said ECU City is “exactly what our city needs”, while Prime Minister Scott Morrison said that the Perth City Deal will be key in positioning Perth as a world-leading city of the future, driving more jobs, businesses and visitors.

The future for families is apartment living

Dreaming of a modern apartment in Perth’s CBD? Buying instead of renting could save you money.